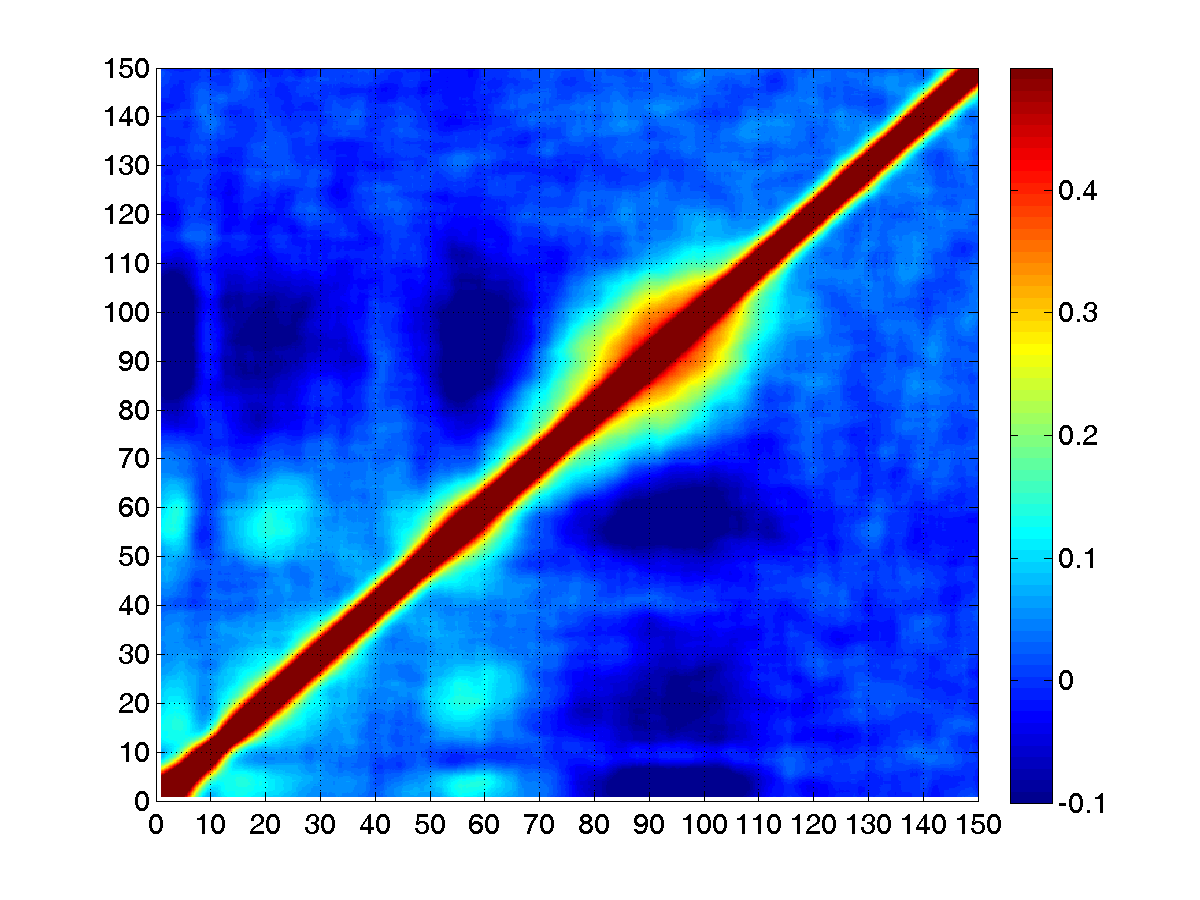 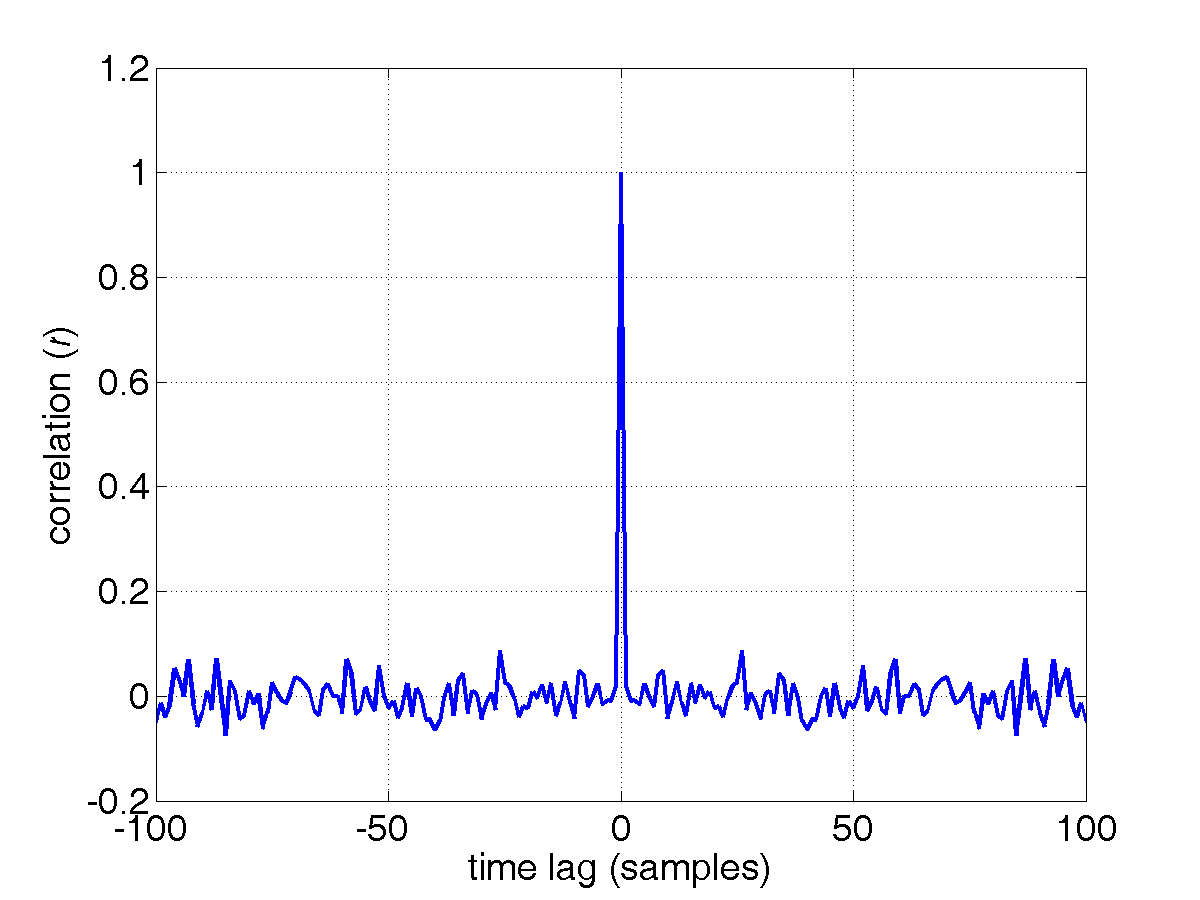 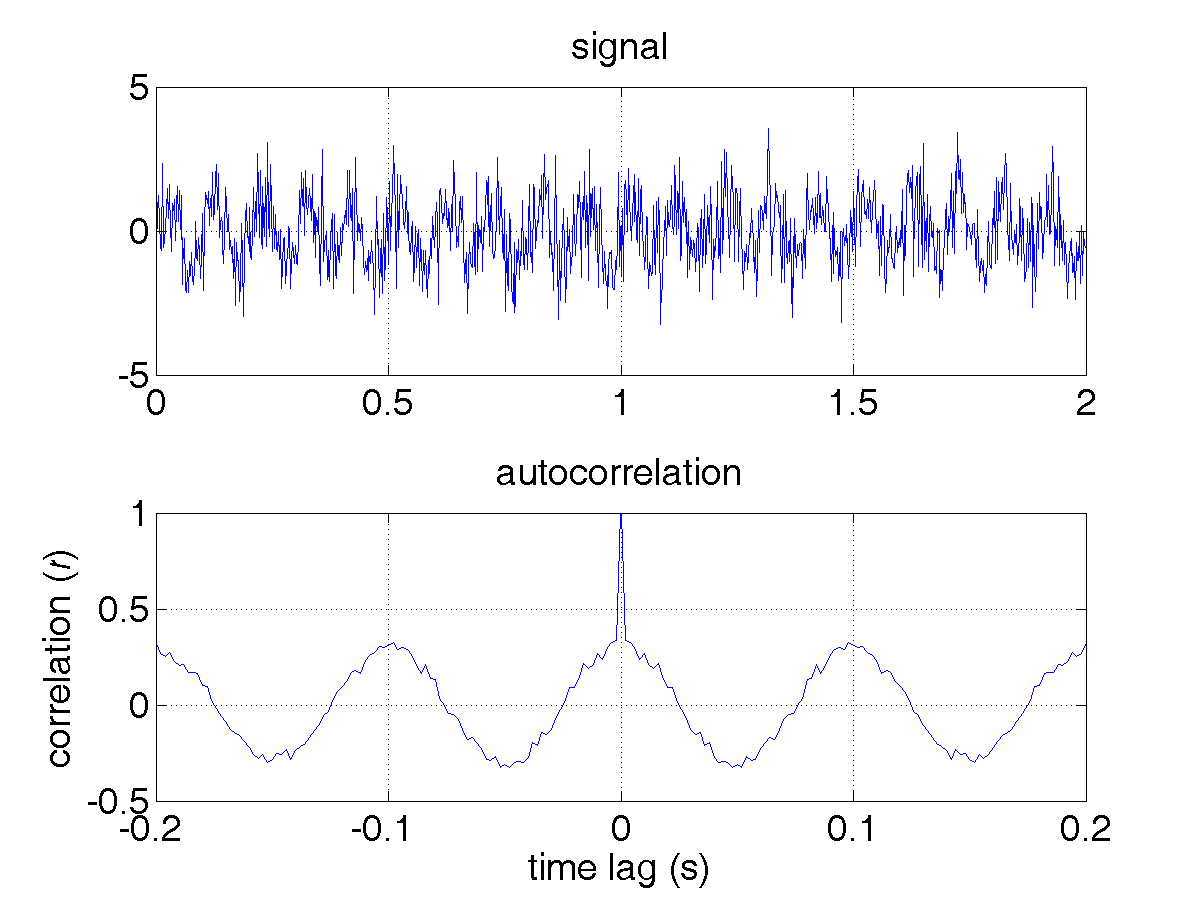 The autocorrelation (acorr) has peaks at 0.1s, corresponding to the 10Hz component in the original signal, an idea formalized in the Wiener-Khinchin theorem we encountered in Module 11. An intuitive interpretation of this plot is: given a peak in the signal at time t = 0, what on average are the expected values at other times? For this signal, we can see that if there is a peak at 0, then we expect peaks at 0.1, 0.2, etc. and troughs at 0.5, 0.15… .

What we need is a time series of gamma power, so that we can compute its autocorrelation. We will get this from the spectrogram, but it is worth noting that this is not the only way to obtain such a signal. Recall, for instance, that in Module 5 we used a filter to compute instantaneous power in the ripple band. An advantage of using the spectrogram is that it provides estimates of power over time across all frequencies, so it is easy to explore. However, more precise estimates can be obtained with the filtering method (as well as with better spectrograms such as the event-averaged one we computed with FieldTrip in Module 7). 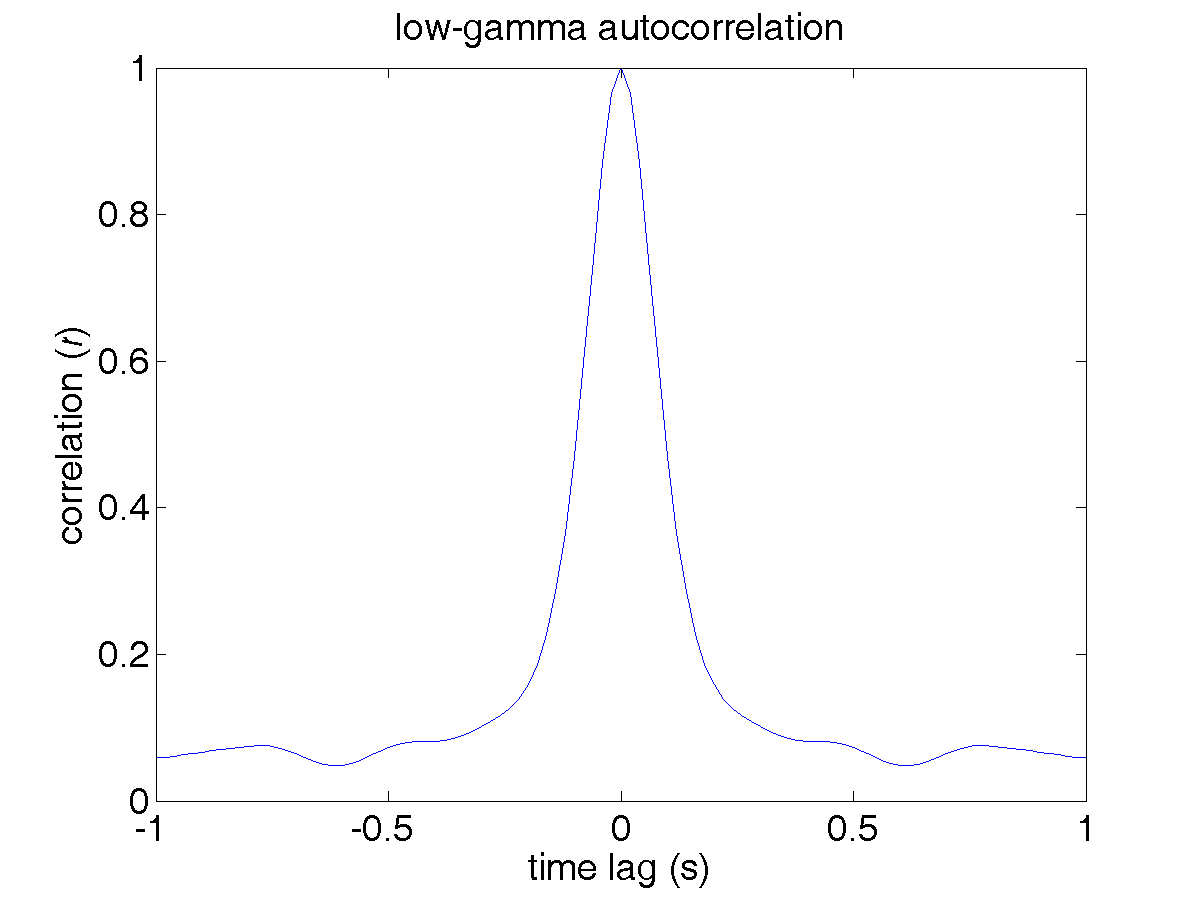