We explore the question of how rats might encode space differently (and how this might affect our analysis) according to the number of degrees of freedom in their environment.

The experiment has two parts: “Track” and “Field”. The Track part consists of the rat exploring a metal track maze with reward receptacles at either end, (denoted by the colored squares). This part also consisted of two contingencies. One where the rat was rewarded every time it ran from one side to the other (phase 1A), and one where there was no reward (phase 1B).

The second Field part consisted of the same rat running on a square board that measures the same dimensions as the maze as below, with markings on the board that imitate the path of the track maze. The two contingencies above were implemented during the Field segment, only for R066. 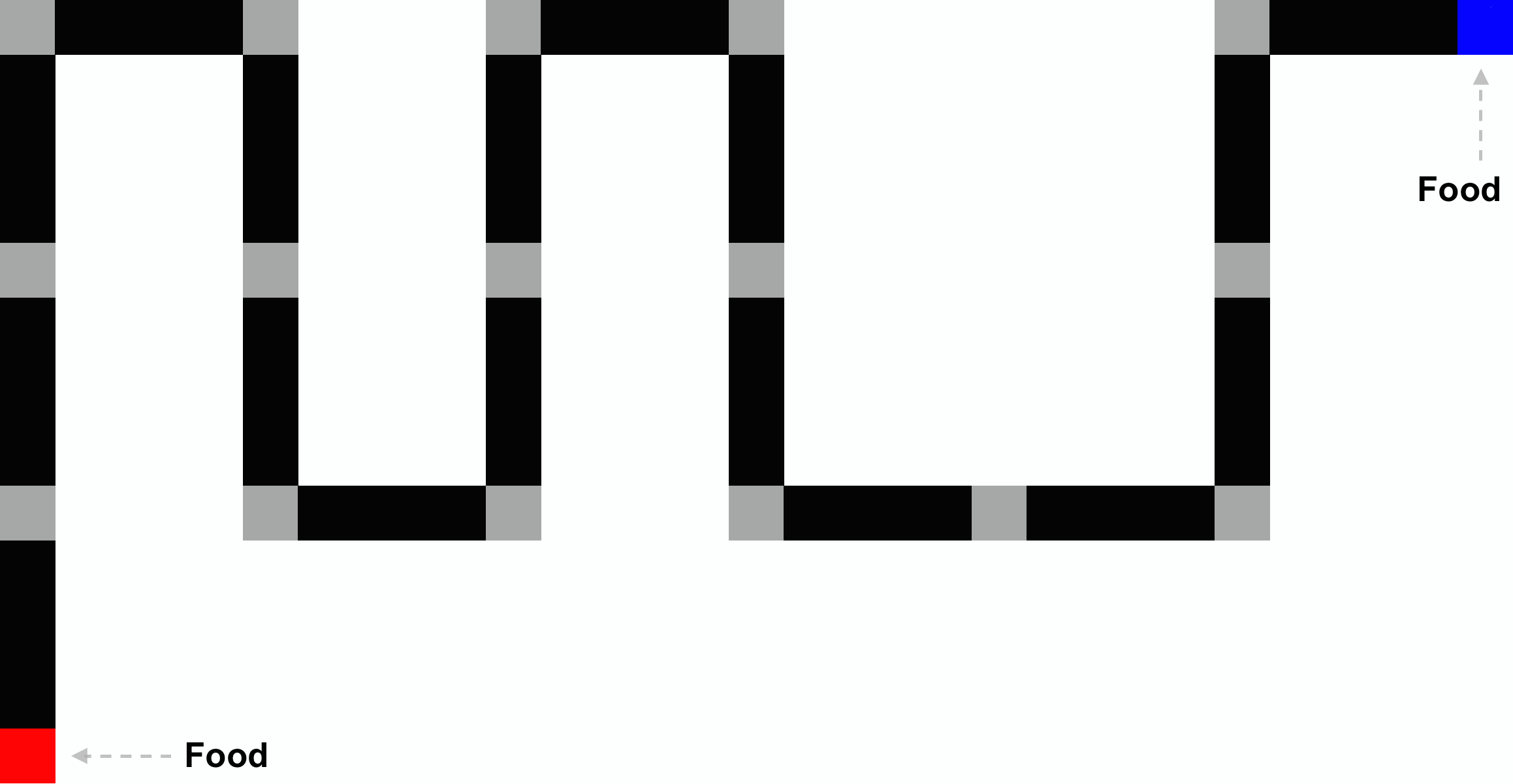 All other ExpKeys are related to experimental setup.